One of the aim's of the Religious Discrimination Bill was to give religious organisations the capacity to operate under the guidelines of what they perceive to be God's authority. In the early hours of 10 February, 2022, last minute changes the bill saw the insertion of clauses that would prevent institutions like schools being able to discriminate against staff and students who are homosexual.

Eunuchs The concept of non-binary genders is relatively new, with the term only being coined a few decades ago. Nonetheless, there is ample evidence to suggest humanity has never neatly fitted into two categories of male and female. While some modern Christians oppose non-binary concepts and transgenderism, there is an extensive history of Christians embracing... END_OF_DOCUMENT_TOKEN_TO_BE_REPLACED

The image of Jesus dying on a cross is a common icon of contemporary Christianity, however, such symbolism is a far cry from how Early Christians depicted their saviour. Evidence in the form of artworks from Early Christian households and catacombs reveal a very different set symbolism to what today’s followers are familiar with. Three... END_OF_DOCUMENT_TOKEN_TO_BE_REPLACED

Most Christians think of Jesus as being a bearded man. This is not surprising given all the paintings, movies, and other forms of Christian iconography that present him in this manner. Therefore, it often comes as a surprise for people to learn Early Christians had a different image of their saviour, one of a clean... END_OF_DOCUMENT_TOKEN_TO_BE_REPLACED

A few years ago, when I temporarily moved from Victoria to Queensland, some of my new friends called me a “Mexican”. Obviously, I wasn’t really a Mexican, it was just a jovial way to acknowledge I was new in town, therefore could be forgiven for not understanding things like Rugby *really* was better than Aussie... END_OF_DOCUMENT_TOKEN_TO_BE_REPLACED

Media codes and conversations refers to written and symbolic tools used to construct or suggest meaning in media forms and products. Media codes include typography, visual composition, and contextual symbolism. Understanding conventions used by producer needs to be grounded in analysing texts within their cultural and historical contexts. Applying considerations raised by media studies to... END_OF_DOCUMENT_TOKEN_TO_BE_REPLACED

The following references is not a complete list of all the sources I used to create this blog series. To include all the reference material I've looked at over the past few years would be an exceedingly long list of about a thousand entries. Rather, this reference list is designed more to give a general... END_OF_DOCUMENT_TOKEN_TO_BE_REPLACED

What I have written in this series is true and accurate to the best of my current knowledge. As I learn more, my opinions and viewpoints may change. Others are welcome to disagree with my conclusions. In such cases, I'm interested in hearing information from additional sources that may help to improve and/or expand my... END_OF_DOCUMENT_TOKEN_TO_BE_REPLACED

As psychologist Terrence William Deacon says, humans are a symbolic species. Across communication forms we use symbols to convey complex meanings. At an iconic level, symbols are easy to interpret, however, at an advanced level, they are difficult and cannot be understood without education.  Woodcut illustration from an edition of Pliny the Elder's Naturalis Historia, 1582 Source:... END_OF_DOCUMENT_TOKEN_TO_BE_REPLACED

Up until this point, religious institutions had dominated education, with the exception of Germany which mandated some form of state education be provided to boys from the late sixteenth century. In other places around Europe and Australia, state run education was introduced in a piecemeal fashion throughout the 1800s, albeit, initially boys were expected to... END_OF_DOCUMENT_TOKEN_TO_BE_REPLACED

The industrial revolution brought new challenges to humans. As machines gradually replaced the work once done by village artisans and commercial agricultural methods reduced the need for small farm crops, both genders became displaced. At the same time, middle class men began objecting to not being able to have a say in political matters. In... END_OF_DOCUMENT_TOKEN_TO_BE_REPLACED

Some patriarchs assert that male dominance occurred due competence not tyranny, but as illustrated by the case of Rosa Venerini (1656 – 1728), it was tyranny not competence. Venerini made a profound impact on developing education for women and girls in Italy. She was inspired to teach at a young age when she realised that... END_OF_DOCUMENT_TOKEN_TO_BE_REPLACED

In the mid 1450s, about 30% of the population (mostly males) were literate (it was only around 5-10% who received formal education; some learned to read by other means). This figure was a small increase on previous populations. The cultivating of new ideas via printed material during the Renaissance birthed a movement called Humanism, an... END_OF_DOCUMENT_TOKEN_TO_BE_REPLACED

The third category, people who explored the potential for Aristotle’s truth without giving defiant allegiance, includes people like Durer, who studied Ancient Greeks with the desire to apply their theories in practical means. His desire to explore mystical symbolism was quite overt, as already mentioned in reference to Melancholia. His representation of Biblical scenes has... END_OF_DOCUMENT_TOKEN_TO_BE_REPLACED

When I began my research by pinning notes along my hallway, I did so with an open mind, therefore, it surprised me when I observed that so many of my paths of inquiry lead back to Aristotle.  Volumes upon volumes could be written about influential men in religion, medicine, politics, and other positions of power... END_OF_DOCUMENT_TOKEN_TO_BE_REPLACED

Freud’s protege, Jung, was a lot more thorough in his research of symbols, their history, and their meaning. At the risk of sounding condescending, I am impressed with how well he understood some symbology, like in the following: The meaning of the “ministering wind” is probably the same as the procreative pneuma, which streams from... END_OF_DOCUMENT_TOKEN_TO_BE_REPLACED

In my research of so-called occult symbols, it never ceases to amaze me that unlocking hidden codes is as simple as looking up the etymology of words. In many instances, the “hidden” meanings are not hidden at all, rather, it is simply a case of when contemporary mindsets are used to interpret phrases that need... END_OF_DOCUMENT_TOKEN_TO_BE_REPLACED

In 1216, a Spanish priest called Saint Dominic, set up an order in France that originally was called Order of Preachers, however, is now known as the Dominican order. A key feature of the order is that it is known for its Aristotelian based theology. And it is from the Dominican order in which one... END_OF_DOCUMENT_TOKEN_TO_BE_REPLACED

When Constantine legalised Christianity, beliefs pretty much became Romanised. Women were no longer permitted to have leadership roles (like evidence suggests they did in Christianity’s beginnings) and a hierarchical structure like the Roman military emerged., e.g., allegiance to a Pope, Archbishops, Bishops, Deacons, and priests being consolidated; all of these titles were “Father” positions. Amongst... END_OF_DOCUMENT_TOKEN_TO_BE_REPLACED

Following Aquinas, Dante Alighieri (1285-1325) is another example of a learned man educated under the influence of Aristotelian ideas. Specifically, he supported Aristotle’s concepts of some men being superior and therefore having divine right to rule: I am referring to actions, which are regulated by political judgment, and to products, which are shaped by practical... END_OF_DOCUMENT_TOKEN_TO_BE_REPLACED

In the humble beginnings of education, people who engaged in active learning were called philosophers (a word that means lover of wisdom). All genders had access to education, albeit men outnumbered women and one usually had to come from a family of status and wealth in order to enjoy the perks of formal tuition from... END_OF_DOCUMENT_TOKEN_TO_BE_REPLACED 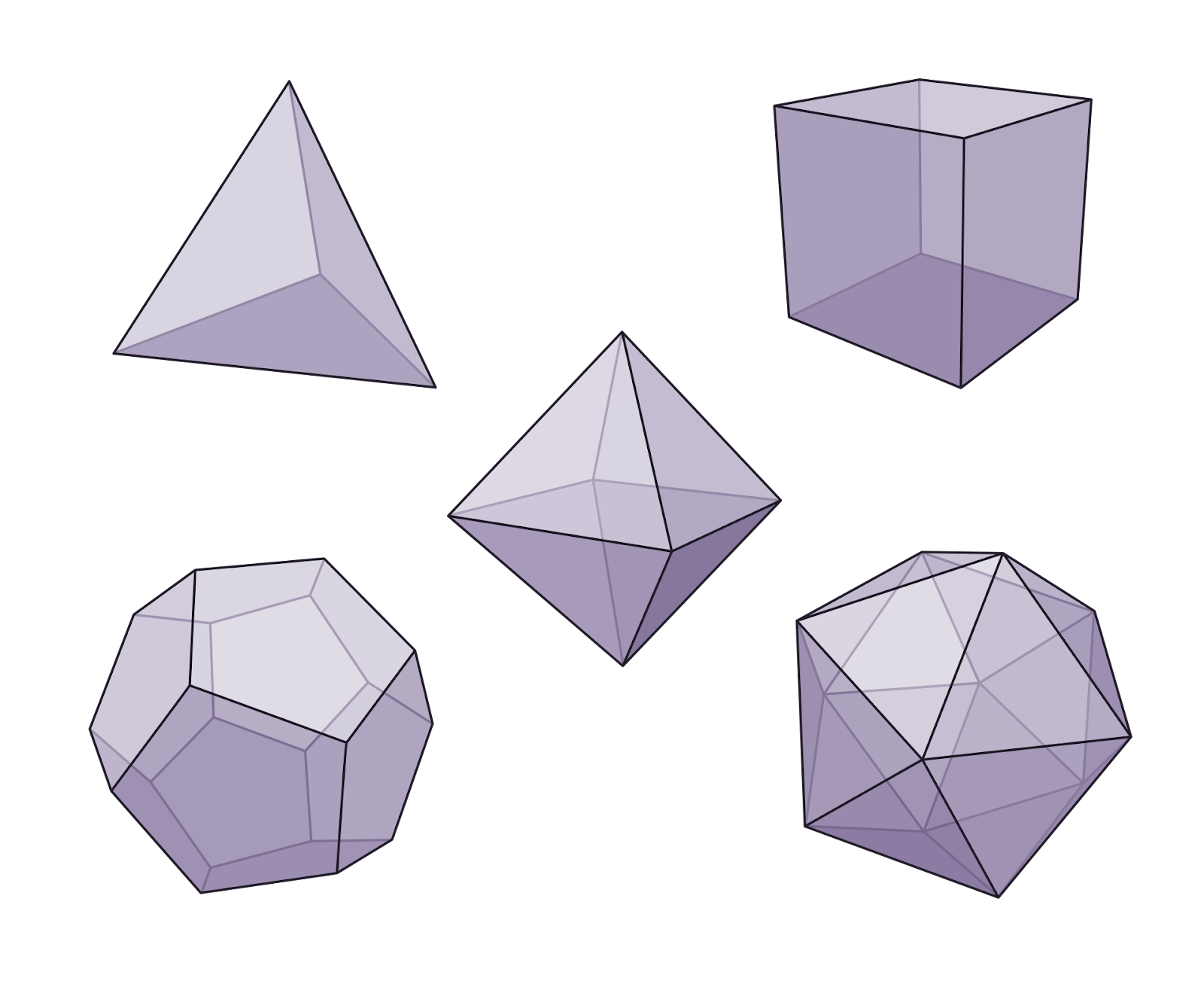 A poignant difference between humans and other animals is our capacity to learn, moreover, our species evolves through collective education; when one human makes a discovery or invents something new, all humans are propelled into new territory. For example, somewhere in the distant past, a single person observed that seeds made plants grow and from... END_OF_DOCUMENT_TOKEN_TO_BE_REPLACED

When Christianity emerged there were a lot of tensions in the Roman Empire. In previous posts (here, here, and here), I go into detail about Christianity’s development from Greek, Jewish, and other influences so I won't repeat myself. (It amuses me no end that some people perceive Christianity to have suddenly sprung from nowhere; it’s... END_OF_DOCUMENT_TOKEN_TO_BE_REPLACED

When Johannes Gutenberg invented the printing press, the first full book he published was the Bible. However, did not make a lot of money because most people still could not read, let a lone read Latin, the language of the Bible. Gutenberg died penniless but his invention prospered and revolutionised the world. Some wealthy Italian... END_OF_DOCUMENT_TOKEN_TO_BE_REPLACED

As an Art teacher and Art therapist understanding visual symbolism is mandatory. Art is a communication form, a visual language; however, unlike written and spoken languages it does not have a concise Webster dictionary that can be used to look up meanings. If, for example, I want to interpret the symbols in Durer’s Melancholia, then... END_OF_DOCUMENT_TOKEN_TO_BE_REPLACED

Christianity is the most popular religion around the world. It is practiced by approximately 30% of the population yet, surprisingly, many of its devotees are not aware of some of its most basic premises. Lack of knowledge about one's religion means blind faith, which can lead one down the proverbial garden path. In this discussion I am exploring the Christian faith from the perspective of it being a religion based upon the principles of Jewish blood magic.

A common objective of destructive cults is to get complete control over devotees by convincing them to break all ties with family and friends. The indoctrination process is often subtle, with victims not realising they’ve been manipulated till it’s too late. From the perspective of a twisted mind, establishing absolute control over others by eliminating... END_OF_DOCUMENT_TOKEN_TO_BE_REPLACED

Ever since the first century, there have been individuals who proclaim the apocalypse is just around the corner. In today’s environment of Covid-19, natural disasters, nuclear weapon technology, and financial hardships, there is no shortage of doomsday leaders who believe the real time of the tribulation is now. But what if they are all wrong? What if the symbology used by John the Elder has been taken literally when it should be metaphorical? In this blog I explore a possible interpretation that takes into account how the symbolism can be read in a historical context.

“Since the beginning of time, spirituality and religion have been called to fill in the gaps that science did not understand.” ~ Dan Brown, Angels and Demons, pg.43 Alan John Miller, is the cult leader of a group called Divine Truth. He convinces his disciples that he is the reincarnation of Jesus; that’s right, this... END_OF_DOCUMENT_TOKEN_TO_BE_REPLACED

As Early Christianity evolved it was dependant upon symbols and influences from other faiths and cultures. In this blog I specifically look at Jewish and Greek philosophy and how one the most renown Church Father's harmonised these ideas.

A bow and arrow? A bow made of ribbon? Bending down to bow? Words that look the same but have different meanings and/or have variations in pronunciations can be tricky to work out. Revelations 6:2 presents such a situation.