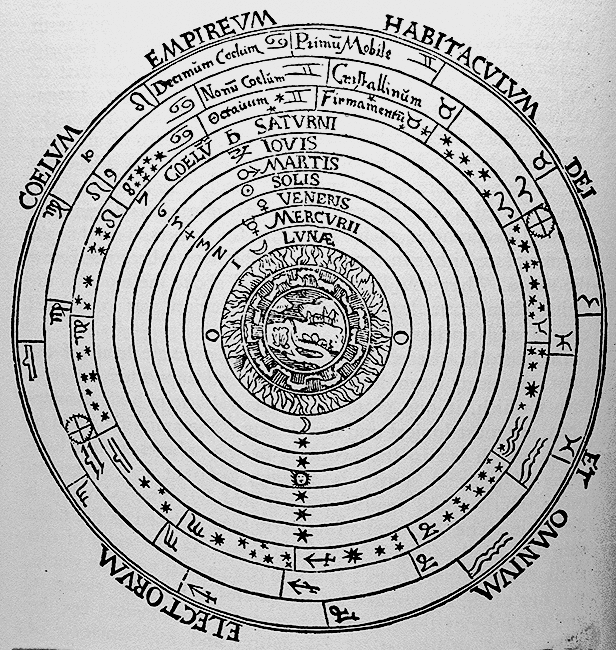 When I began my research by pinning notes along my hallway, I did so with an open mind, therefore, it surprised me when I observed that so many of my paths of inquiry lead back to Aristotle.

Volumes upon volumes could be written about influential men in religion, medicine, politics, and other positions of power being guided or repelled by Aristotle’s so-called wisdom. Like a child who does not want to part with their teddy bear at night, western cultures seem to have clung to that which they have known and is familiar to them for so long.

The tides began to change when Aristotle’s ideas were disseminated beyond the few during the 1500s. In this era three broad categories of people emerged. One being those who continued to support Aristotle’s authority, others who rejected Aristotle’s authority, and then those who explored the potential for Aristotle’s truth without giving defiant allegiance. The first category includes countless academics who followed traditions they’d been taught in places like at the University of Paris (Side note: the first university that resembles today’s structure was established in Spain by an Islamic woman, Fatima Al-Fihri). The second category includes people like Galileo Galilei, René Descartes, and Isaac Newton.

Galileo Galilei (1564-1642) is most well known for his mathematical skills and his improvements to telescope lenses that enabled him to discover new stars, three moons on Jupiter, the rings on Saturn, and phases that Venus went through. Galileo’s observations supported Copernicus’ theory that the earth rotated around the sun, thereby discrediting Aristotle’s cosmology that claimed the sun and the planets rotated around earth.

From a theological perspective, Aristitle’s cosmology was arguably never meant to be a model of the actual universe. Rather, it was an occult representation of the human being that fell in line with the classical elements. According to Aristotle’s cosmology the earth (the physical body) is the centre, followed by layers of water (life-force or ether), air (soul; can be divided into further layers), fire (spirit or intellect; can be divided into further layers), and celestial fire (aesther or spirit of God). The theology, in its more expanded form, references astrology symbols (see below).

(It’s possible that looking at Aristotle’s model as a human being is what inspired Sömmerring to look for the twelve cranial nerves.)

On many levels, the situation with Galileo is curious. Did he know and understand Aristotle’s model was a theology not literal? Is that why he put it aside and worked on observing real outer space instead? Or did Galileo, ignorant of Aristotle’s symbolism, just look out into the sky and try to learn more about it because that’s what his passion was? Why did Church leaders insist Aristotle’s model was correct, even when scientific evidence said else wise? Why was maintaining Aristotle’s authority so important to them? Was the Church committed to maintaining Aristotle authority because of its long tradition of doing so through scholastism and works by people like Aquinas that it did not want to loose face? Who in the Church knew that Aristotle’s model was a theology of the human body and who did not? The questioning could go on longer than a Catholic inquisition. However, it was the Church who ran the inquisitions, not the other way around. The bottom line was that the Church disapproved of Galileo’s work and in 1633 he was brought before an inquisition charged with heresy; to spare his life Galileo claimed he didn’t believe his own findings.

René Descartes (1596-1650) demonstrated a sound knowledge of ancient theology in relation to the classical elements:

… we consider, in particular, the nature of the earth, and of all the bodies that are most generally found upon it, as air, water, fire, the loadstone and other minerals.

Hence, it was with a full understanding of Aristotle’s theories and that of the four elements, Descartes broke away from the commonly held assumptions of earth, water, air, and fire. In doing so he came up with apparently new theories of the body, mind, and soul. Then again, upon closer inspection Descartes theorises of different types of thinking, still resonate with some ancient ideas. Plato tells us that the nature of the soul was the most debated topic among philosophers, so perhaps Descartes was just siding with theologies that differed to the Church’s appropriation of Aristotle?

Descartes famously remarked: “[if] I’m thinking, so I exist”, which isn’t too far removed from Plato’s ideas of man’s nous being a conduit that can connect him to celestial forces.

As previously mentioned, both Galilei’s and Descartes’ works were put on the Index Librorum Prohibitorum.

Isaac Newton (1643-1727) respected Descartes rejection of Aristotle and embraced Galileo’s focus on mathematics. In addition to the many scientific studies Newton did, he also had an interest in Biblical symbols. Newton took a scientific approach to the Bible and analysed scripture to identify language patterns, allegory systems, and symbols that he believed were known and applied by all prophets:

The Rule I have followed has been to compare the several mystical places of scripture where the same prophetic phrase or type is used, and to fix such a signification to that phrase as agrees best with all the places . . . and, when I had found the necessary significations, to reject all others as the offspring of luxuriant fancy, for no more significations are to be admitted for true ones than can be proved.

Examples of the codes Newton worked out were: Sun = King; Moon = groups of common people referred to as wife; Darkening of celestial bodies = doom for political groups; and Dens and rocks in mountains = temples. Where Biblical texts referred to the Father, Son, and Holy Spirit, Newton claimed it meant Spirit, Water, and Blood. Newton also theorised that somewhere early in Christianity, the writings of prophets had been forged. Specifically, he blamed Arianism and Saint Athanasius of Alexandria.

In his own lifetime, Newton did not make a grand public display of his learnings about biblical symbolism and his research into the early Church. He did, however, do his best to avoid taking priesthood vows, as was expected of men who completed a Masters degree. It could be conjectured that Newton was fortunate to have been witness to the beginnings of the entanglement between education and religion begin to unravel.

One thought on “Exploring Occult Symbolism From a History and Herstory Perspective of Education: Part 11 – A Return to Aristotle (Or Did We Ever Leave?)”