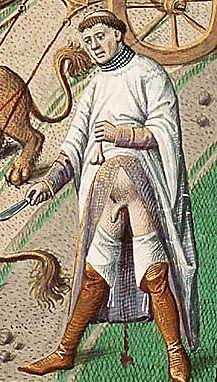 Castration of male genital has long a history in mythology, religious rites, and as a means of controlling slaves. In contrast, Freud believed castration anxiety was an experience all boys went through. Like most psychoanalytic babel, the so-called universal experiences of infantile sexuality have no scientific basis and when the “evidence” to support them, i.e., mythology and ancient rites, is examined, Freud’s interpretations are illogical. In sum, mythological and religious depictions of castration demonstrate that penis’ are a vulnerability that some men are better off without.

Freud’s castration anxiety theories centres around a mental process he called the Oedipus Complex. In the case of men, Freud asserted that all boys experience sexual desire for their mother but this is repressed and displays itself in adulthood as ‘a sense of guilt for which he can discern no foundation’*. Supposedly the sexual desire in boys is so strong that they want to possess their mothers and irrationally fear that if their father were to find out he would take away what they love most, their penis; hence, all young boys develop castration anxiety.

In girls, the Oedipus complex is considered to be a reversal of a boy’s experience. While a boy wants to do away with their father and have their mother to themselves, a girl wants to be rid of their mother so they can have all of their father’s attention. The situation becomes more complex when a girl realises that she does not have a penis like her father, so she therefore becomes envious and resents her mother for her castrated state. Her only hope for reducing the tension brought about by penis envy is to substitute her desire for a penis with a desire for a baby.

Two prominent castration myths stand out and are commonly referred to in psychoanalysis: The Egyptian story of Osiris and the Greek myth of Uranus and Aphrodite’s birth.

The basic outline of the Egyptian story is that a god named Seth was jealous of his brother Osiris being King so he kills him and takes the throne. When the Queen, Isis, finds out her husband is dead she is grieved and sets about finding Osiris’ body. Once located, she begins the process of bringing him back to life, however, she is interrupted. Seth steals Osiris’ body, cuts it up into fourteen pieces, then hurls the pieces throughout Egypt so Isis cannot bring him back to life. Isis transforms into a hawk kite and flies over Egypt collecting all the pieces but she could not find his penis because it was eaten by a fish. Therefore, Isis makes a substitute penis out of gold and uses her magic to become pregnant. Because Osiris is incomplete, he cannot stay alive and he descends to the underworld where he rules over the dead.

In the Greek myth, Uranus (the personification of heaven) is told of an oracle that predicts one of his children will overthrow him. Consequently, whenever his wife, Gaia (the personification of earth) has children he imprisons them. Gaia is not happy. A plan is set and put into action: Gaia’s youngest child, Cronus, castrates Uranus in an opportunistic moment and casts his genitals into the sea. Blood from the severed members become giants and Aphrodite rises out of the water from Uranus’ disembodied parts. Read on a symbolic level, Uranus’ castration gave birth to stupidity (giants are generally depicted as stupid) and the embodiment of beauty and sexual desire (Aphrodite’s characteristics). Alternately, the moral of the story could be interpreted as: “Don’t piss off your wife or she’ll chop your balls off”.

Some devotees of Osiris cults castrated themselves in reverence for their deity, however, the Cybele cult is probably better known for this practice. The cult of Cybele focused around the Great Mother (Rhea in Greek). Priests of the order were eunuchs and some male followers also castrated themselves. The practice is speculated to be symbolic of a ‘Sacred Marriage’. There are differing accounts of how the festival-based ritual of removing male genitalia was performed. Sometimes the act was performed by the individual and other times it was done with assistance. While being a Roman cult, it has links to Greek mythology in which Cronus was instructed to castrate his father, Uranus (Heaven), by his mother, Gaia (Earth). In some instances Cybele cult clergy only removed their testicles and in others they completely removed all male genitalia.

The practice of castration as a suitable means of avoiding unlawful sexual intercourse was expressed by many, including Philo of Alexandria (first century Jewish scholar) who said “it is better to make oneself a eunuch than to rage madly for unlawful sexual intercourse”#. Thus, cultural acceptance of castration combined with the following motivational verse from Saint Matthew’s gospel encouraged some early christians to perform the act:

In Christianity castration is mostly associated with religious asceticism. For instance, Origen (c.184 – 253CE) who was born into Christian family in Alexandria was zealously devoted to Christianity and is reported to have self castrated to avoid feelings of lust towards women. Presumably, he wasn’t the only one because when Christian leaders meet in the third century Catholic to discuss and establish standardised codes of conduct (the Council of Nicaea), self castration was one of the hot issues on the agenda. It was decided, moreover, it became cannon law, that self castration was to be prohibited. Prominent figures like Saint Augustine objected to the literal interpretation of Matthew 19:12, albeit, Augustine still popularised the notion that sexual intercourse was connected to sin.

Intermingled with the long history of castration practices is the concept of circumcision, the removal of the foreskin from the penis, which is hypothesised to be a tradition that evolved from expressing religious devotion via castration. Circumcision has been part of Judaism ever since the time of Abraham, who was commanded by God to circumcise all male babies on their eight day as a sign of the covenant between Him and the Jewish people (Genesis 17:10–14). The tradition then extended into Christianity and Islam. The connection between circumcision and castration is complicated by Abrahamic religions supporting circumcision but having no tolerance for castration: ‘No man who has been castrated or whose penis has been cut off may be included among the LORD’s people’ (GNV; Deuteronomy 23:1).

In 530 Emperor Justinian declared orders of celibacy for Christian clergy, however, these were not consistently followed. Priests were not officially forbidden to marry till 1139. Catholic priests today still take vows of celibacy on the grounds of it symbolising a commitment to God, while other Christian denominations (e.g. Lutheran, Protestant, and Anglican) allow priests to marry.

The prohibition of self castration did not eliminate its practice. In Russia, in the eighteenth century, a sect known as “Skoptsy” revived the tradition. The initiation process involved the testis being removed first, or in the case of women, the nipples, then the next stage was complete removal of the phallus or breasts.

In Freudian psychoanalysis, castration anxiety is concerned with so-called instinctual impulses (the id) of an incestual nature, in which a boy must give up his sexual desire for his mother out of fear that an internalised Godly father figure (the superego) will castration him. The wanting to repress sexual desire out of Godly wrath may be viewed as having an alignment with the conscious decision making behind some religious attitudes and practices, (e.g., some Cybele, Osiris and early Christian devotees), however, this is not sufficient evidence to claim all young boys unconsciously experience castration anxiety. If myths, ancient texts, and religious practices are to be used as evidence (as psychoanalysis does) then it could be conjectured that all young boys experience unconscious castration desires because they want to demonstrate devotion to their internalised God figure and be more like their mothers.

In the case of girls, who Freud thought of as castrated beings with a weaker superego, rather than viewing myths as projecting connotations of inferiority, female deities could be viewed as powerful beings who are capable of restoring order when men act foolishly, as can be interpreted in the behaviour of Rhea (Cronus’ wife) and Isis. Subsequently, having a penis can be viewed as a sign of weakness and vulnerability.

Overall, Freudian theories blur several factors such as mythological representation of castration and historical practices of castration, with young children’s curiosity about their own and other people’s bodies. The combining of these two factors is not conducive to understanding psychology. On one hand an appreciation can be given to the history of castration in mythology and ancient texts that express a broad range of attitudes, beliefs, and associated behaviours that are founded in cultural norms and customs. On the other hand, children, when learning about their bodily functions, require guidance to learn autonomy and social norms.

From a contemporary perspective, the historical acts of castration as a religious practice may be viewed as having overlaps with lesbian, gay, bisexual, and queer (LGBQ) proponents. However, this consideration can’t be taken too liberally. Actual acts of sexual promiscuity, rape, and other sexual violence that may have occurred within ancient cultures and, in turn, may have been an incentive for castration (religious or other) is challenging to comment on due to the lack of reliable records.

Bostock G. Allegory and the interpretation of the Bible in Origen. Literature and Theology 1987; 1: 39–53.

Owen HL. When did the Catholic Church decide priests should be celibate. History News Network, https://historynewsnetwork.org/article/696 (2001).

Whitaker RJ. From virgin births to purity movements: Christians and their problem with sex. The Conversation, 2019, http://theconversation.com/from-virgin-births-to-purity-movements-christians-and-their-problem-with-sex-118327 (2019, accessed 16 December 2020).