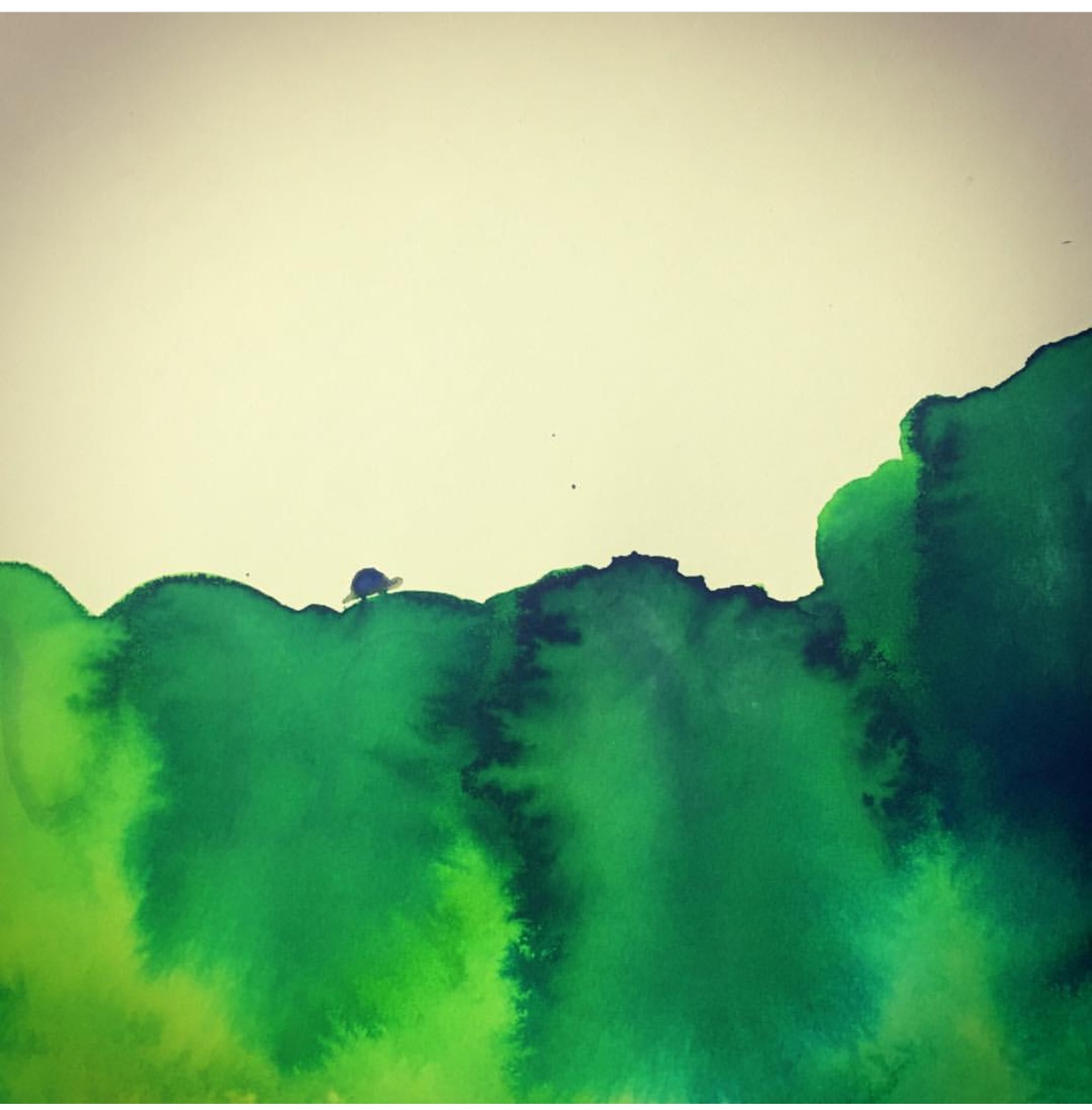 About three years ago, my son, then 15, and I went to an exhibition opening at a small community center in a suburb on the outskirts of Brisbane. It was a chilly winter night and many of the locals were there in their finest felt hats and colourful scarfs. I had submitted a couple of pieces and was eager to see them hanging alongside other artists from the area.

The gallery atmosphere was lively with cheerful chatter. With red wine in hand, my son and I strolled around the exhibition space appreciating the talent of our locals. At one point we stood behind a couple of older ladies admiring a particularly large-scaled canvas that depicted abstract water ripples through an array of ocean blues hues. It was made using a technique known as acrylic fluid painting (see below for example). As we waited our turn to get a better look at the grand canvas, we overheard one of the ladies in front of us remark with great excitement “You can see the turtles!” Her friend wholeheartedly agreed “Oh, absolutely! You can see so many turtles swimming around in that ocean!” The first woman then went on to talk about how it reminded her of the ocean up near Cairns where she’d spent most of her youth. Her friend empathically listened added in her memories of turtles. So it was, with much anticipation that my son and I waited to see the turtles they were talking about. Eventually, the two ladies moved on and as they did so one of them state “Such a divine work, I absolutely love those turtles.”

My son and I then stepped forward and stood directly in front of the big, beautiful, blue canvas. We gazed silently in stern contemplation trying to see a glimpse of tortoiseshell. A moment later my son turned to me and said something that would become one of the most memorable things I’ve ever heard: “Mum, can you see the turtles?”

I wanted to let out a bellow of laughter but successfully retrained; although, the sip of wine I just had did threaten to come out my nose. To put it simply, there were no turtles. No matter how thoroughly my son and I scanned the painting, no turtles could be found.

Back at home, “Can you see the turtles?” became a metaphor used on many occasions. If my son left the milk out on the bench for two hours then gave a ridiculous excuse for doing so, I’d simply reply “I can’t see the turtles”. Or if I biasedly complained about an issue, my son will pipe up with “Mum, I think you’re seeing the turtles.” It’s become our code for calling BS in any situation where there is a lack of evidence to support claims. As we’ve playfully argued over who is seeing turtles and who is not, we’ve also had deeper philosophical conversations about being aware of what we perceive to be “real” in life and how things we see can trigger associations with our prior experiences.

For the ladies in the gallery, seeing the turtles in the artwork was a wonderful experience, and watching the two of them bond over their shared imaginary vision was a delight to witness. It made me wonder what others may have seen when they looked at the canvas, perhaps for some, it was starfish, crocodile, or stingray. Or perhaps it triggered memories of fishing expeditions, surfing, snorkeling, boating trips, chattered flights over water, or lazy afternoons on the beach. The engagement with imagination is part of the joy and magic of viewing Art.

I think there are times when we all need to see turtles; moreover, our creative minds urn for such experiences. Likewise, at other times, it is useful to be consciously aware of the fact that we are looking at paint that has been skilfully poured over a canvas and there are no turtles.